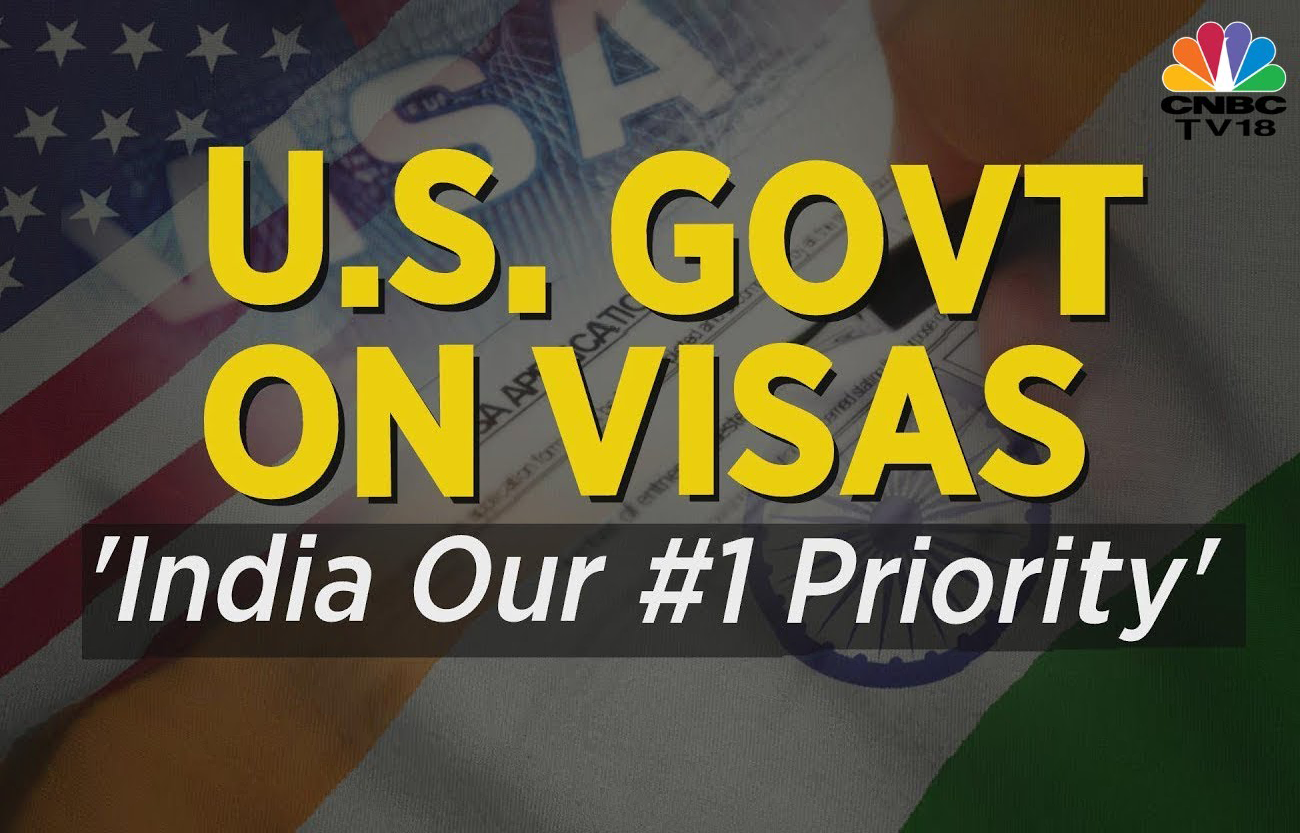 The move will empower India to overtake China in getting the maximum number of US visas by next year’s summer season. After Mexico, India is expected to rank number 2 in the issuance of US visas

There are four categories of US visas, which include student visas, work visas, tourist visas, and visas required for marine crews. All of these categories have waiting periods and backlogs.

New Delhi: The United States is likely to open visa slots for Indians in mid-November and by the middle of next summer will be able to take up many more visa applications facilitating immigration of Indians seeking to move to the US to work or study, a senior US Embassy official said in New Delhi on Thursday.

The move may well empower India to overtake China in getting the maximum number of US visas by next year’s summer season. After Mexico, India is expected to rank number 2 in the issuance of US visas, according to US embassy staff.

“India is the number one priority for Washington right now. We’re opening visa slots in mid-November. By 2023 summer, we’ll be able to take up many cases. US has opened 100,000 slots for applicants of H&L worker visas to cut down on the waiting time, the senior US Embassy official cited earlier said.

Usually, Indian aspirants wishing to travel to the United States, Canada or Mexico on work visas or for higher studies abroad end up spending a lot of time trying to get their visa documentation in order from the US embassies based in the country and the new move will help a larger number of Indians to cut down on multiple processes as well as the waiting time to get visas to the US.

Earlier in October, the US Embassy in India had released over 100,000 appointments for H&L visas for workers and their families to help them make a smooth transition to the US as well as for those workers who may have worked in the US earlier.

Following the Covid-19 pandemic which had hit travelling to other countries hard, either for employment or tourism, the US embassy in India has seen greater demand for employment-based visas. “In response to high demand for employment-based visas, the US Mission to India recently released over 100,000 appointments for H&L workers and their families. Thousands of applicants have already booked their appointments and the waiting time for both interview waiver and first-time appointments has been cut to half throughout Mission India,” the US Embassy in India had tweeted.

Statistics show that till September this year, the US Embassy has already issued more than 1,60,000 H&L visas, according to US embassy officials.

Among non-immigrant work visas in the United States, the L-1 and H-1B are the most popular for Indian aspirants. The L-1 is more suitable for those working for multinational corporations (MNCs), while the H-1B visa is more useful for those intending to work for US businesses and are looking for flexibility of working conditions abroad.

The 10 Largest Universities In The United States

For India, finally some good news on US visa processing time

Uncategorized
For India, finally some good news on US visa processing time

Previous post For India, finally some good news on US visa processing time

Next post Indians On Us Campuses Up 19%; China Sees 9% Dip But Still At Top